Made on the farm by Tarago River Cheese Company, Blue Orchid is a blue waxed strong flavoured blue mould cheese. It has a straw colour and beautifully structured blue mould growth coming through the cheese and it imparts a distinct, clean finish.

Named, quite romantically, after the small Alpine flower found in the regions surrounding Mt Baw Baw, Blue Orchid was loosely developed as a locally made cow’s milk farmhouse version of the well known French cheese Roquefort. Wax is used to help slow the ripening process so that even development of the large wheels can be assured over the long ripening period. The wheels at 48 hours are hand salted and the curd firms into a rigid chalky but open mass. It is not unusual for Blue Orchid to take 16 weeks to mature, and sometimes at 6 months it is to die for. As a result, it’s quite a bold cheese with a long rich flavour. As it ages the proteins continue to break down, releasing more liquid from the curd and increasing the sweetness of the cheese.

Basket
Find A Cheese
Cheese Facts
Cheese is a great source of Vitamin B12, which helps red blood cell development.
Cheddar is not protected by origin; generally any cheese that is made by the process of "cheddaring" can be called a cheddar.
In general, in takes about 10 litres of milk to make 1kg of cheese.
One Northern Italian bank maintains 300,000 wheels of Parmesan worth $200 million, as collateral for loans!

Farmhouse cheeses are where the milking herd and cheese are both 'made' on the same property and reflect their unique provenance.
Gippsland is a region within the South East corner of Victoria, from Melbourne's Metropolitan East and extends through the Alpine country to the NSW border.
Gippsland produces more than 2 Billion litres of milk each year from approximately 400,000 milking cows.
Because of their high salt content, blue cheeses pair very well with sweet accompaniments like fresh fruits or compotes.
Gippsland has approximately 1400 dairy farms and contributes 20% of Australia's milk production.
Sparkling wines makes strong cheese taste stronger, while the acidity and bubbles can make super rich cheeses less overwhelming.
Instagram 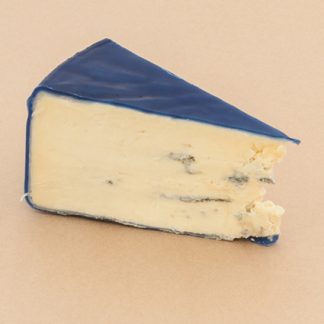