Fromager d’Affinois is similar to Brie in production and appearance, however it’s flavour is richer and more intense. Once the milk is received by the cheesemaker, they utilise an ultrafilatration process that removes water from the pasteurised milk, concentrating all the other components, before transforming the milk into cheese.

The cheese itself is exceptionally consistent, doesn’t really age or ripen, but is very creamy and almost buttery in flavour.

Fromager d’Affinois is a French double-cream soft cheese made from cow’s milk.

It is produced by the Fromagerie Guilloteau company and is the number one specialty imported cheese in Australia.

Here's some more information about this product.


Error: API requests are being delayed. New posts will not be retrieved.

Error: API requests are being delayed for this account. New posts will not be retrieved.

Make sure this account has posts available on instagram.com.

Cheese Facts
Sparkling wines makes strong cheese taste stronger, while the acidity and bubbles can make super rich cheeses less overwhelming.
Gippsland has approximately 1400 dairy farms and contributes 20% of Australia's milk production.
Cheese is a great source of Vitamin B12, which helps red blood cell development.
Farmhouse cheeses are where the milking herd and cheese are both 'made' on the same property and reflect their unique provenance.
Cheddar is not protected by origin; generally any cheese that is made by the process of "cheddaring" can be called a cheddar.
One Northern Italian bank maintains 300,000 wheels of Parmesan worth $200 million, as collateral for loans!

In general, in takes about 10 litres of milk to make 1kg of cheese.
Gippsland is a region within the South East corner of Victoria, from Melbourne's Metropolitan East and extends through the Alpine country to the NSW border.
Gippsland produces more than 2 Billion litres of milk each year from approximately 400,000 milking cows.
Because of their high salt content, blue cheeses pair very well with sweet accompaniments like fresh fruits or compotes. 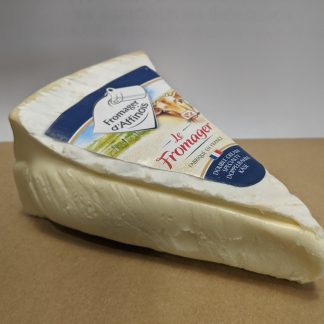